Pin It Now!
I went to Costa Rica in December for 2 weeks.  It was quite lovely.  I had never been to Central America and I really enjoyed it.  I had seen photos from friends' trips to Central America of crafts made of reused material and was hoping I would spot some for myself.  I certainly was successful.  This post is all about the various crafts, reused or otherwise, that I came across in my travels.

I traveled December 10th through the 25th, so there were quite a few art pieces that were Christmas themed.  The first of which I spotted in La Fortuna near the Arenal Volcano.

The next stop was Santa Elena to check out the Monteverde Cloud Forest.  There were quite a number of repurposed and recycled crafts being sold at the gift store there, but these were a first for me.


I saw another Christmas Tree made of plastic bottles in the lobby that greeted you as you bought your pass to the cloud forest preserve.  It is my favorite.  I might try to make one of these next year or sometime down the road. 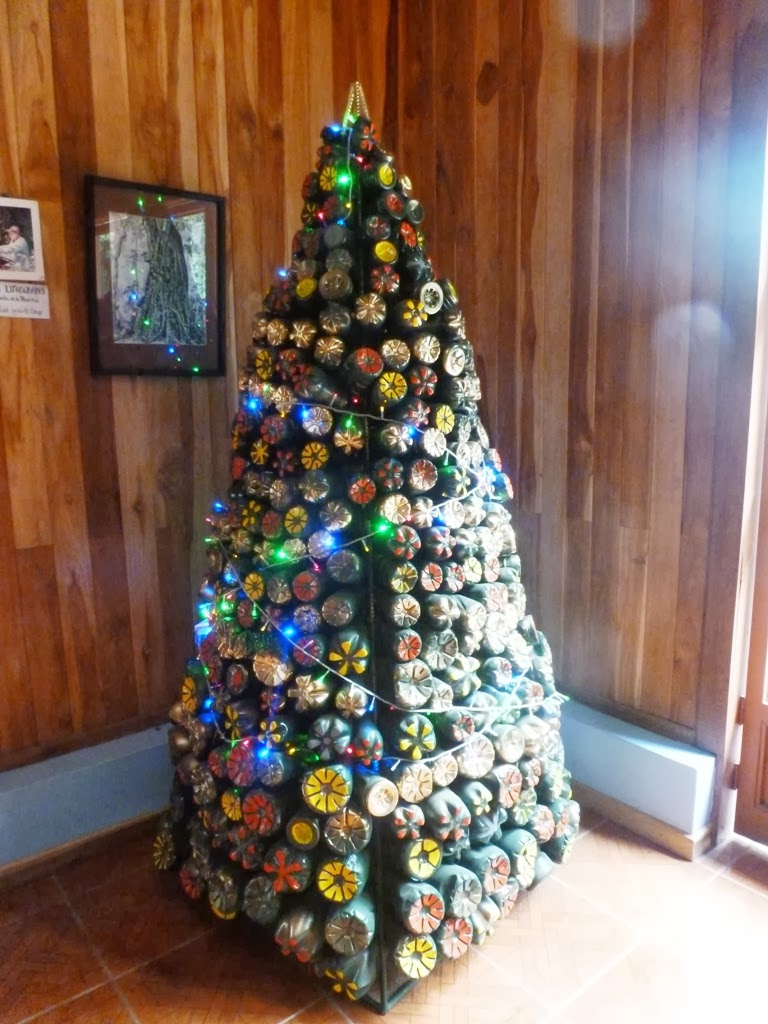 On the walk back from the cloud forest, we came upon this kid school and art co-op.  It served delicious food, sold cool recycled art and crafts and upstairs we came upon the workspace.


Next stop was San Jose where we were to catch the bus the next morning to the Osa Peninsula.

This has nothing to do with reuse crafts, but this band was really jamming out to Sound of Silence in the main square and I just had to share it with you all. 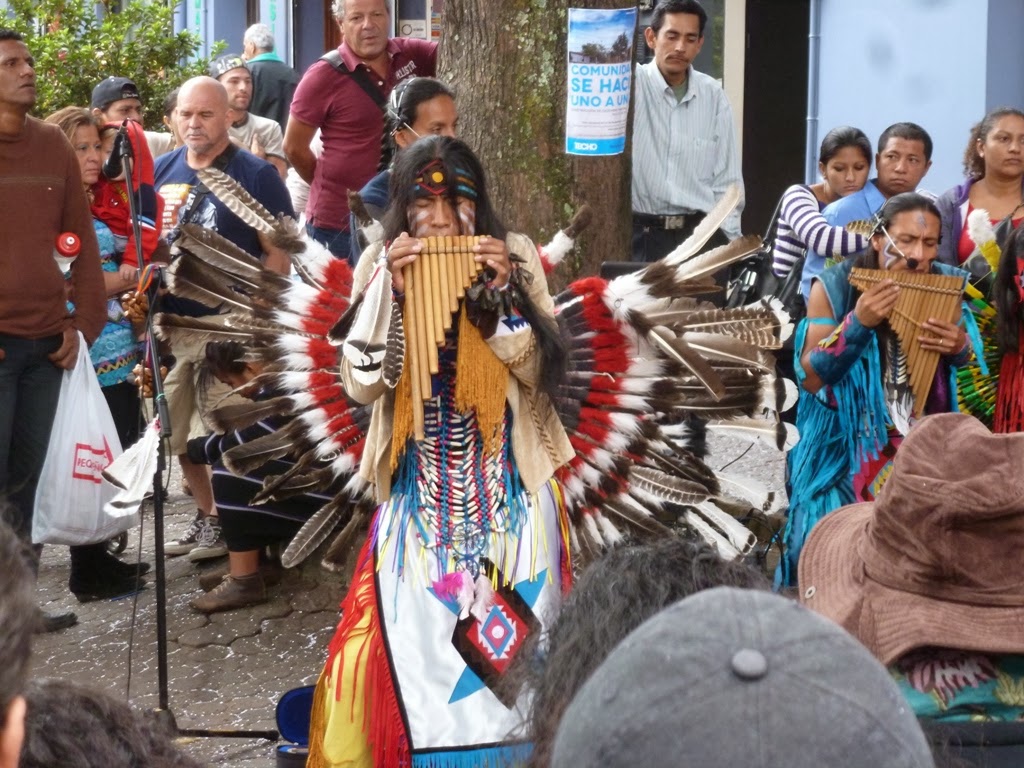 I came upon this on a street in the shopping area near the main square and I was blown away! 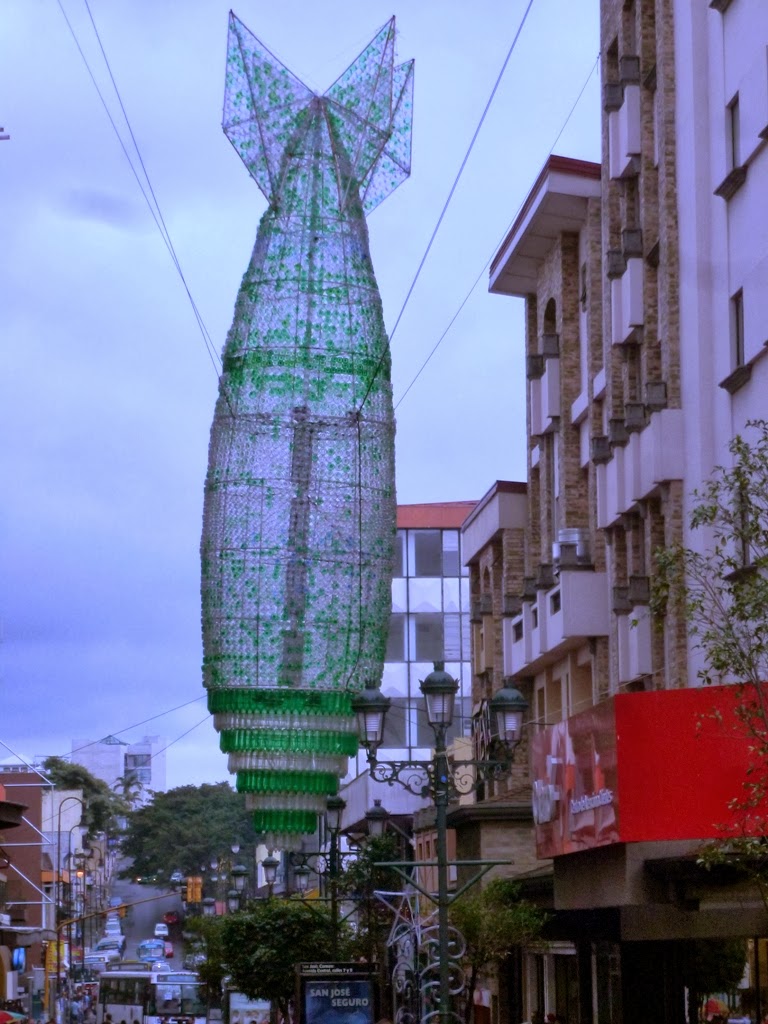 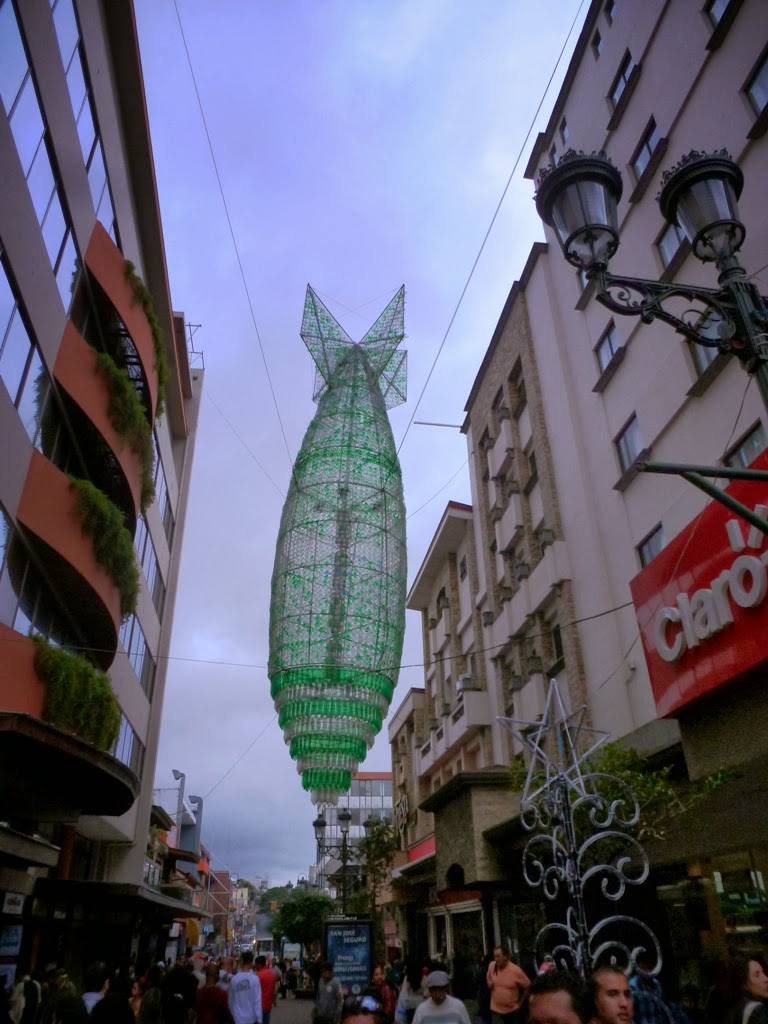 On the 8 and 1/2 hour bus ride down to Puerto Jimenez, which is the only major town on the Osa Peninsula, I spied this at the rest stop/cafe.  Keep in mind that this display takes over the entire corner of a very large establishment. 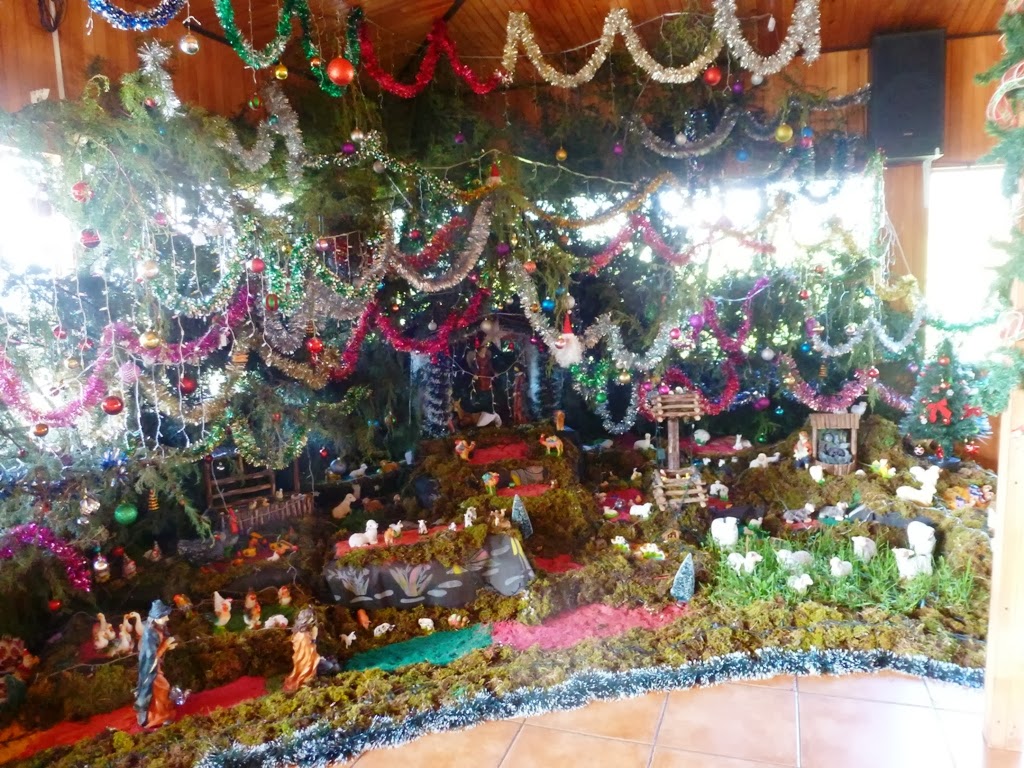 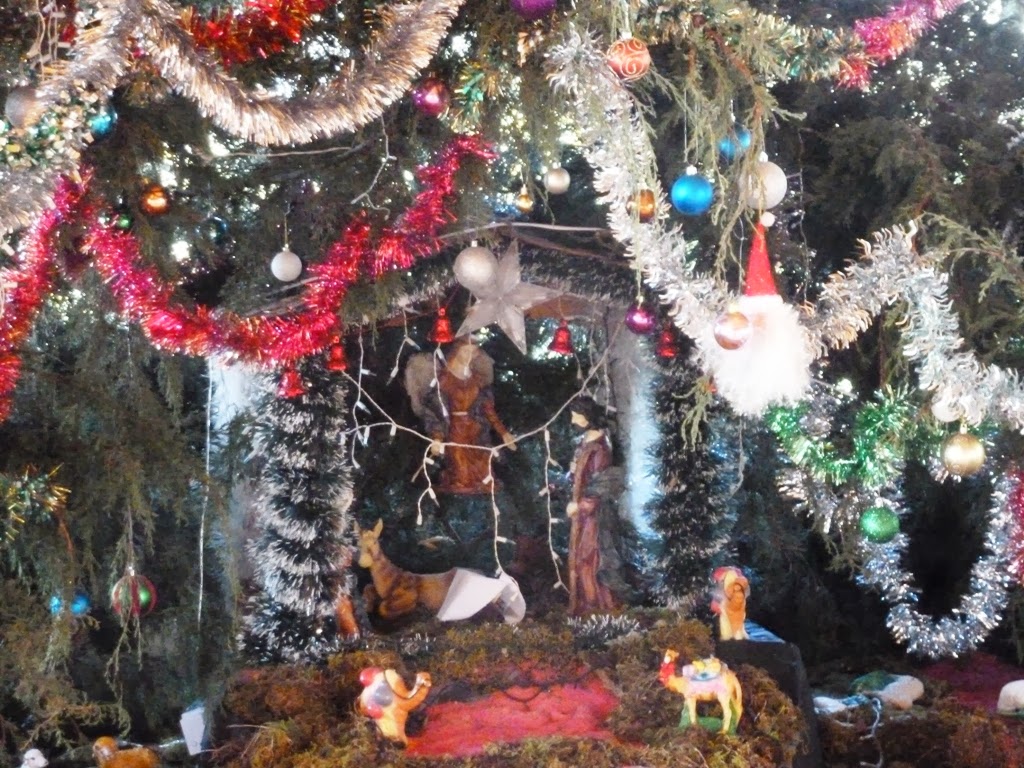 There wasn't a lot to report on the Osa Peninsula.  It isn't extremely inhabited by people, but it contains 2.8% of the world's animals and plants, so I saw a lot of that.  However, on the three day guided hike we took into Corcovado Park, I decided I would bring this coconut shell home to use as a planter.  I couldn't quite get all of the coconut meat out, so I let nature clean it for me.  I went back the next morning and the crabs had definitely done their job.
There was actually a little craft/farmer's market type thing at a local's surfer type bar up the road from Boca Sombrero, where we staying for relaxation, yoga and surfing.  At the market there were a number of recycled crafts.  I didn't have my camera, but they are very fond of the crocheted plastic bag craft, which is pretty cool.

We caught a plane ride back to San Jose, which only took an hour and 10 minutes, much better than the 8 plus hours down.  We spent our last night, which was Christmas Eve, in Alejuela.  The streets were really bustling.  We stopped at this indoor shopping area right by our hostel to check it out.  I then discovered where people bought those figurines for their manger scenes.  There were a couple of shops totally dedicated to it. 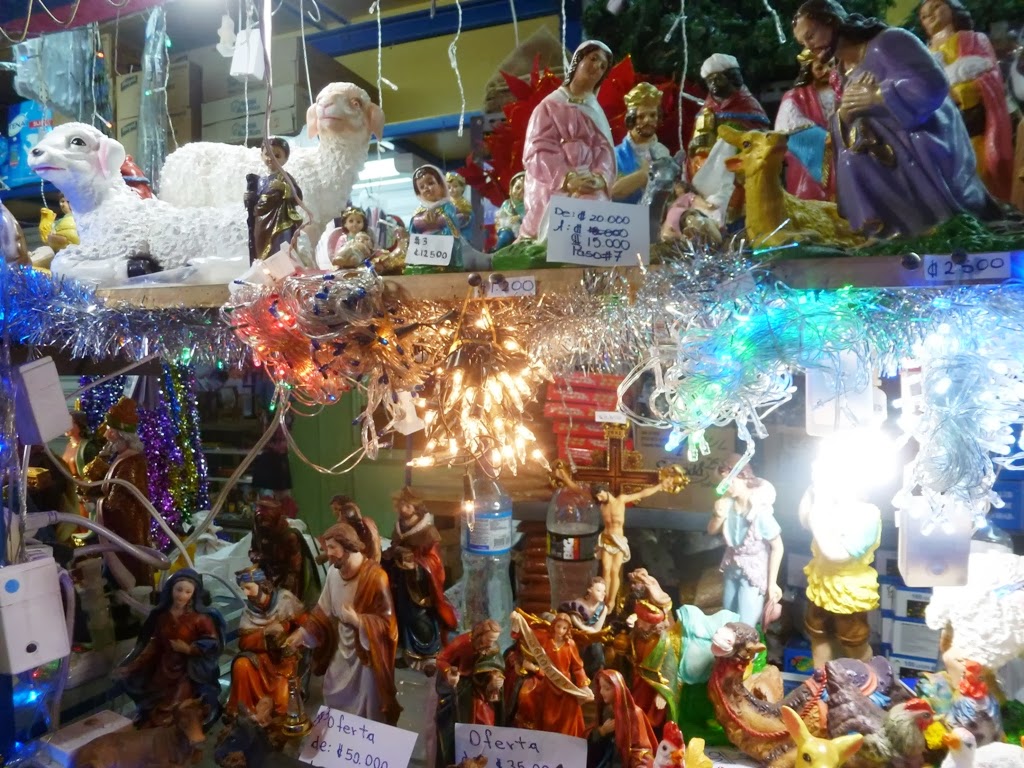 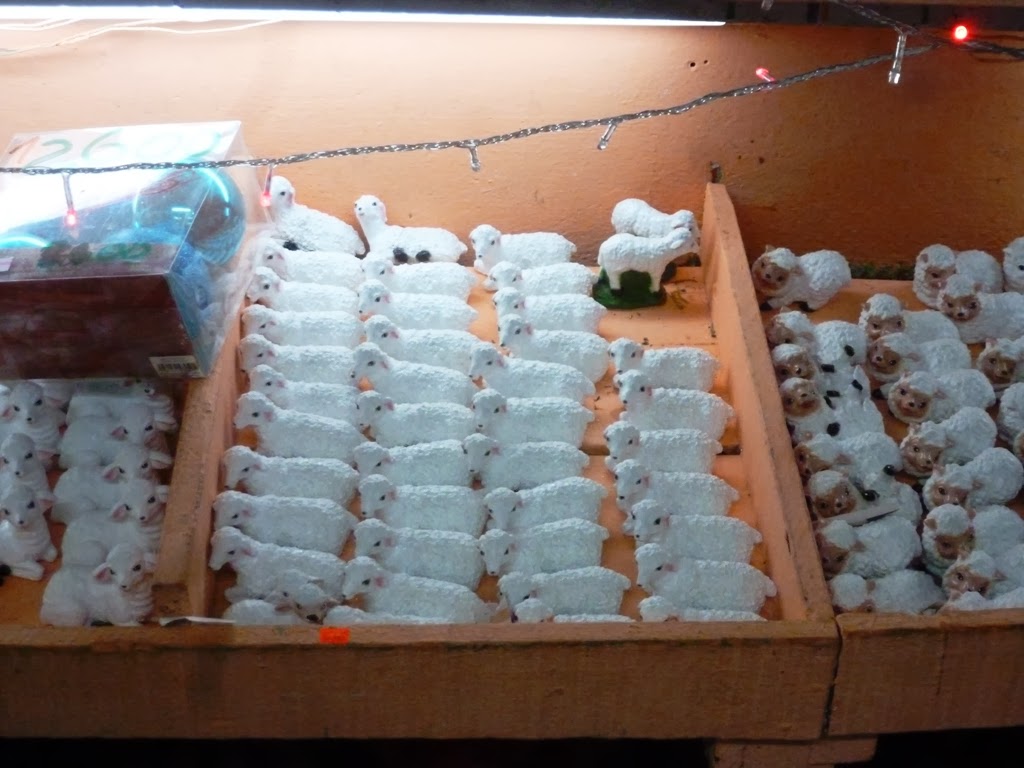 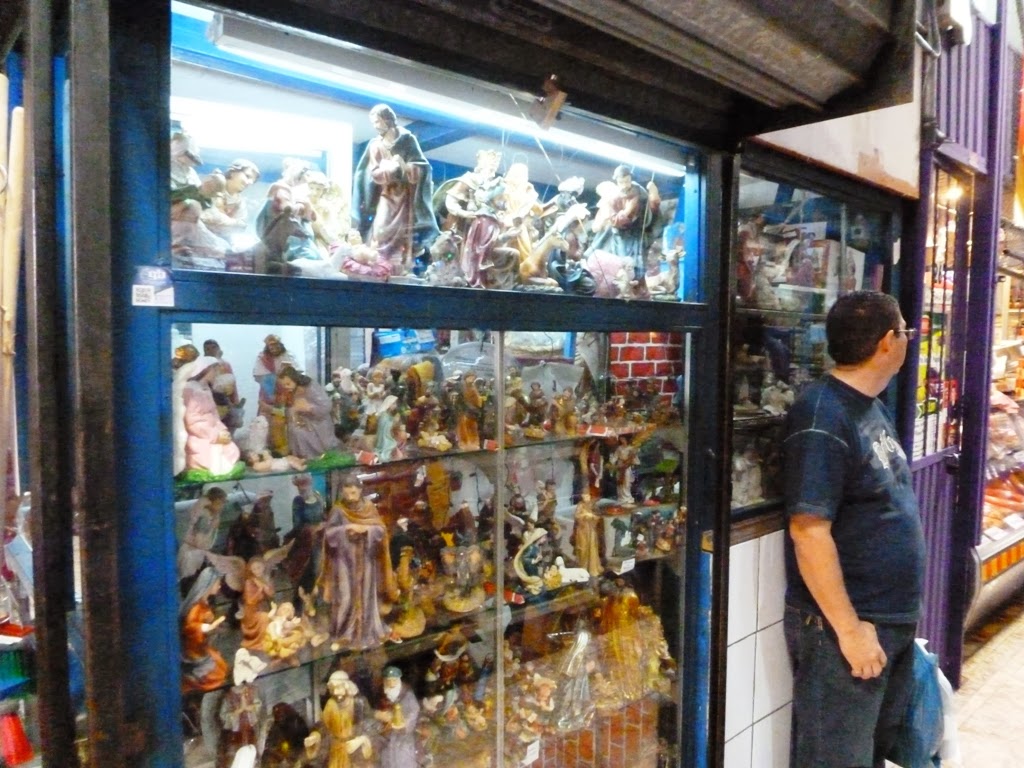 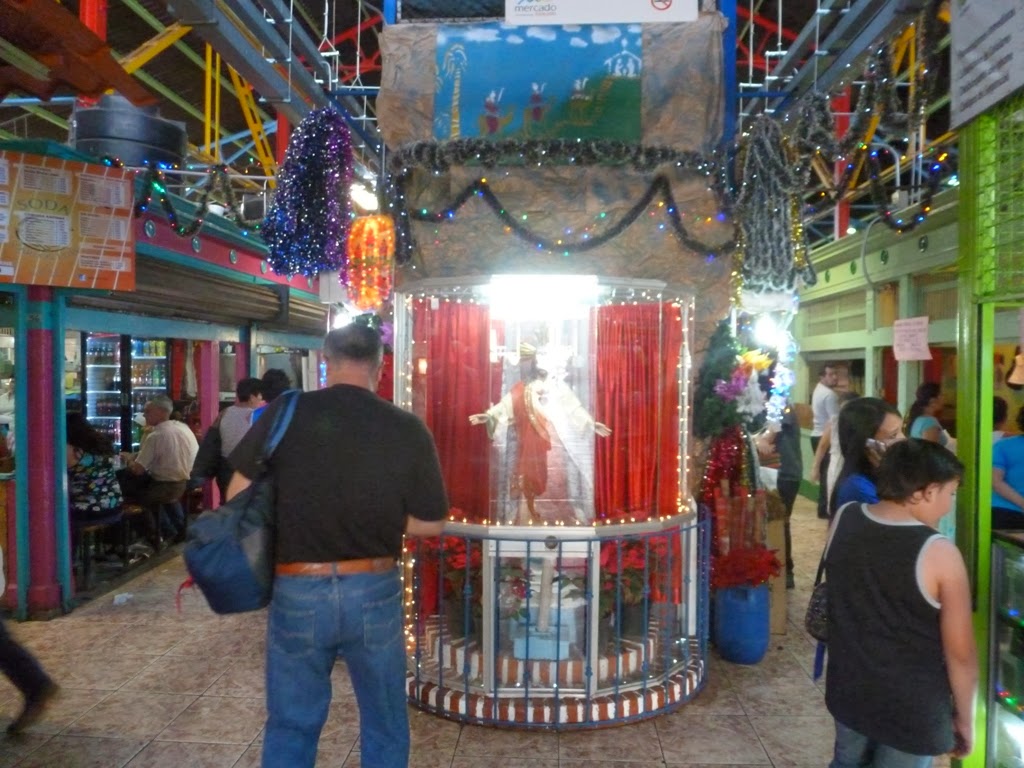 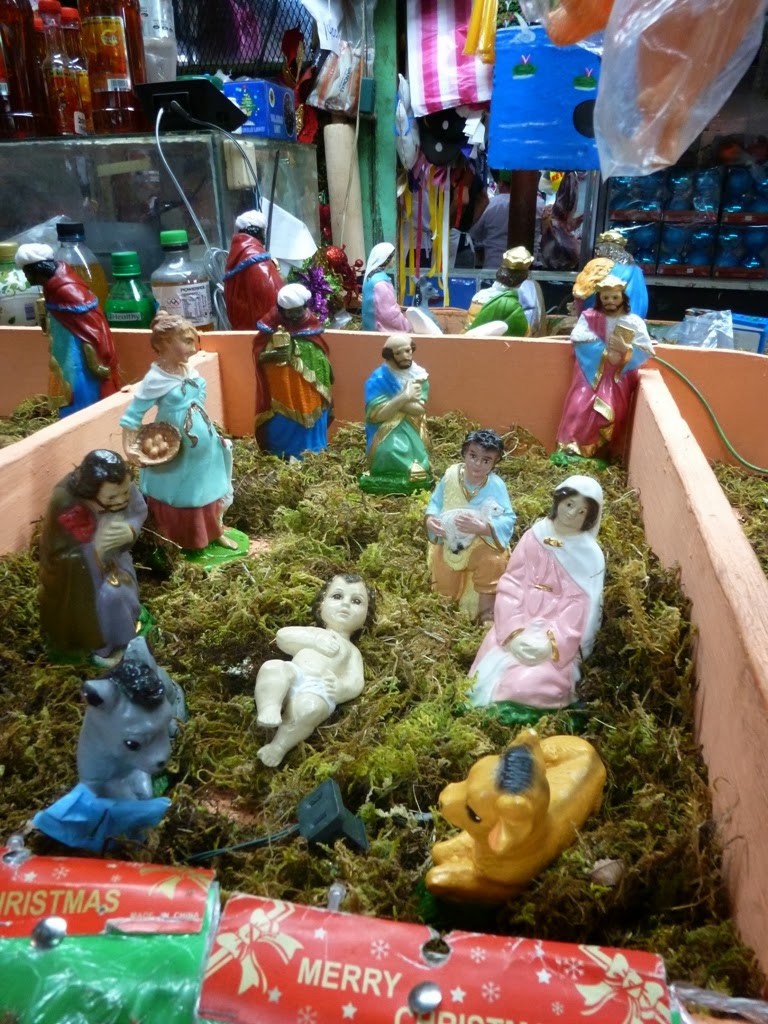 I know it's a bit after the fact, but I hope everyone had a wonderful holiday and that things are starting to settle down.  Maybe this will provide some inspiration for next year!
Posted by Bece Mariah Kidder at 8:57 PM